Treasurer Joe Hockey’s maiden budget delivers some bitter medicine to all Australians in a bid to shrink the deficit. Despite the emergency rhetoric, the underlying deficit forecast was revised from $33.9 billion in the mid-year economic and fiscal outlook to $29.8 billion in 2014-15 and $2.8 billion in 2017-18.

The budget was drafted against a background of an ageing population, which will require increased government spending on health as the tax base reduces over the next decade.

The Government will use a combination of deep cuts to spending, selective tax increases and public sector cost savings to rein in the budget deficit. More than 70 government bodies are to be scrapped and 16,500 public servants will lose their jobs.

To highlight the need for fiscal discipline, the Treasurer forecast the economy would grow at a rate of 2.5 per cent in 2014-15, below the 3 per cent target he set at the recent G20 meeting. At the same time, unemployment is expected to remain above average at 6.25 per cent.

High income earners will be hit with a temporary deficit levy as flagged in the lead up to the budget. Taxpayers earning $180,000 or more will see their income tax increase by 2 percentage points, raising about $3.1 billion over 3 years.

This comes on top of the existing 45 per cent tax rate on incomes above $180,000, as well as the 1.5 per cent Medicare levy and a 0.5 per cent disability care levy, making it the highest marginal tax rate since 1990. This higher marginal tax rate may give high income earners an added incentive to pursue negative gearing investment strategies.

The return to indexation of the fuel tax excise will affect all consumers, regardless of income. Unlike the deficit tax, this move is guaranteed to pass through the Senate with the declared support of the Greens.

Small-to-medium businesses have something to cheer about – along with large companies they have been awarded a 1.5 per cent company tax cut, but they will not have to pay the parental leave levy.

The Government’s signature Paid Parental Leave Scheme will be pared back to pay new mothers a maximum of $50,000 over six months.

The Government promised it would make ‘no major changes’ to superannuation or the age pension in its first term and has largely honoured this pledge. Despite the expected increase in the retirement age to 70 by 2035, there are a few ‘minor’ surprises.

The Government plans to index the age pension to inflation from September 2017 to ensure it remains sustainable. At present the age pension is pegged to changes in male full-time earnings, which have outpaced inflation.

In another move unlikely to be popular with self-funded retirees, untaxed superannuation income will be included in the income test for the Commonwealth Seniors Health Card for new recipients.

This will put superannuation income on the same footing as income from sources outside super. Additionally, health cardholders will no longer be eligible for the seniors supplement from January 2015 in order to target payments to those who need them most.

All pension asset and income test thresholds will be fixed for three years from July 1, 2017 rather than being automatically indexed to inflation each July as they are now.

In a move that will please self-managed super fund trustees, the Government has further softened penalties for excess superannuation contributions made by individuals after July 1, 2013.

To soften the blow, this revenue will be directed to the new Medical Research Future Fund until it reaches its $20 billion target in six years. The fund promises to be the biggest medical endowment fund in the world.

In another previously flagged move, university fees will be completely de-regulated from 2016 in order to give universities the ability to compete globally.

The Government is also levelling the tertiary education playing field by extending Commonwealth funding to students doing diploma and sub-bachelor degrees at TAFE and private colleges. Apprentices will be given Trade Support Loans up to $20,000 over four years to replace the current tools allowance.

Schools are not so lucky. Labor’s ‘Gonski’ school funding commitments will be scrapped from 2017-18 with school funding indexed to inflation from 2018.

In a bid to wind back so called ‘middle class welfare’, family assistance rates will be frozen for two years. The threshold for payments under Family Tax Benefit Part B will be capped at annual incomes of $100,000 and limited to families with children aged under 6.

The Treasurer reaffirmed his goal that those who can work should work with people under 30 ‘earning or learning’. Unemployed people under 25 will be redirected from Newstart to the lower-paid Youth Allowance. Those under 30 will be required to wait six months before signing on for Newstart. After the first six months they will be cut off for a further six-month period.

Eligibility criteria for the disability support pension will be tightened while recipients aged under 35 will receive assistance to re-enter the workplace.

The Government has also unveiled a measure aimed at improving the workforce participation of older Australians ahead of its planned increase in the retirement age.

Employers will be given a $10,000 cash incentive to employ workers over 50 who have been unemployed or on the disability support pension for six months. However, the Mature Age Worker Tax Offset is to be abolished.

One of the themes of this year’s budget is the need for short-term pain to deliver long-term nation-building.

The centrepiece of this nation-building is an additional $11.6 billion infrastructure growth package. This will boost total infrastructure investment by the Commonwealth, state and local governments as well as the private sector to over $125 billion by the end of the decade.

Key projects include the already announced second airport and WestConnex toll road in Sydney and the East-West link in Melbourne, as well as roads, rail and port facilities around the country.

The Government is treading a fine line on the road to balance the budget. Too much austerity could encourage households to trim spending and prompt business to delay investment plans. This could also have a negative impact on the sharemarket.

But not delivering on its pre-budget rhetoric about the need for tough decisions could lead to a fall in business confidence.

A gradual return to surplus over the next decade as the Treasurer promises is just about right – fiscally prudent but not so tough that it kills off economic growth.

This update is general in nature and readers should seek their own professional advice before making any financial decisions. 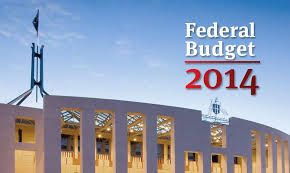